LeaderBoard of Boston’s Air Cannon Locked and Loaded for 2019

Event organizers across New England can now add LeaderBoard of Boston’s Air Cannon, the hottest new promotion at charity golf tournaments and a recent addition to our wide range of sponsorship opportunities.

Last year we completed over 400 events across New England including high profile fundraisers for the Boston Bruins, Ray Bourque’s Celebrity Event, the Claddagh Fund and the DAV of Massachusetts.

We set up on a short par four where the carry to the green is about 300 yards. Typically, players are charged per shot. It’s promoted as a “Closest to the Pin” contest and offers organizers an excellent sponsorship opportunity.We invite the sponsor to hang out with us on the tee box and do a quick “Meet and Greet” with the players. It’s a great opportunity to thank the players for their support.

We station one staff member at the tee and a second at the green, communicating with walkie-talkies. The feedback is immediate and generates roars of approval for good shots.

Loading an entirely NEW element to your tournament. Involve non-golfers and golfers alike!

Last year we had 6 holes in one at our events and one lucky player made his at The Claddagh Fund Tournament which carried an optional insurance policy. His prize is a trip for two to the 2018 Masters in April.

The player with the actual closest to the pin shot from the full event is offered a choice of two prizes. The primary prize for 2018 will be the “Free Golf” certificate supplied by Golfing Magazine that entitles the winner to play rounds of golf at 80-plus New England courses. An option for occasional golfers and families is a certificate good for seven nights’ accommodations for two at a choice of over 3,000 locations in the RCI vacation network, based on availability.

Hole in One Packages 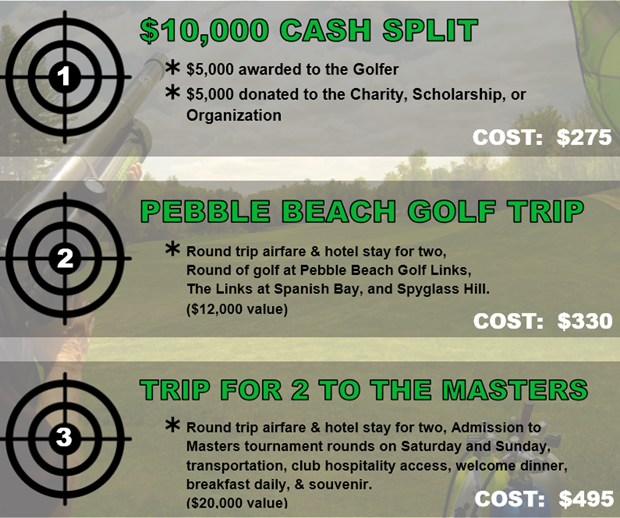 Tell us about Your Event 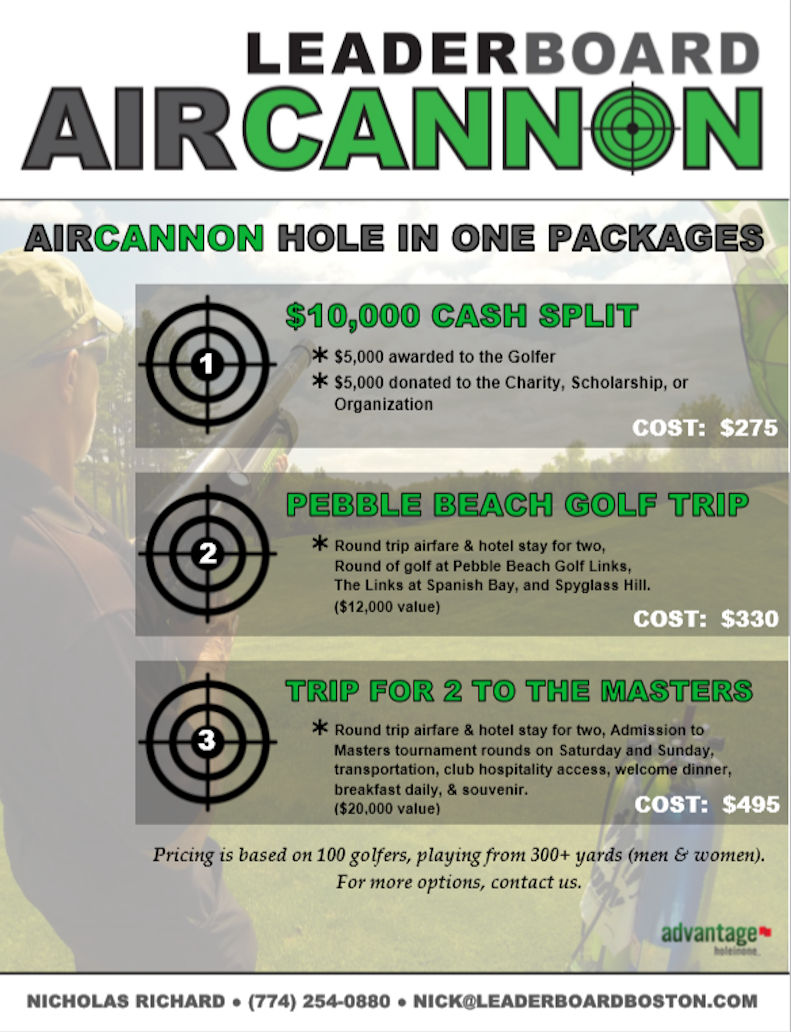 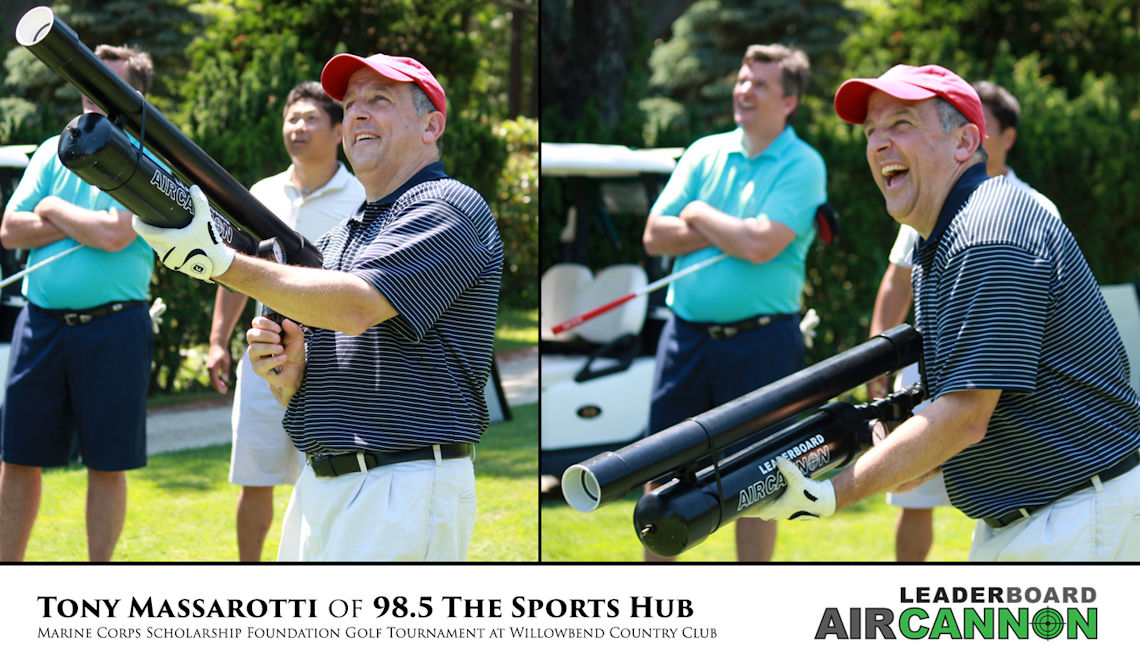